Plant a tree in memory of Carole
An environmentally-friendly option 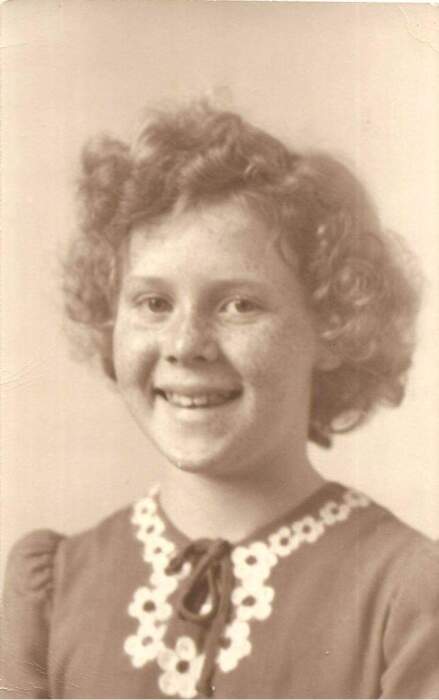 Carole M. Westbrook, 83, formerly of Greene, went to be with the Lord on Thursday, March 11, 2021. She was predeceased by her parents, Herbert and Lavina Lynn; husband, Gerald Westbrook and brother-in-law, Michael Salvemini. She is survived by her son and daughter-in-law, Michael and Sue Ellen Westbrook; grandchildren, Eva and Hannah Westbrook; sister, Linda Salvemini; brother and sister-in-law, John and Roxanne Lynn; nephew, Nathan Salvemini and nieces, Meagan Cavanaugh, Jennifer Ford, Allison Lynn and Lisa Salvemini. Carole’s life was filled with the love of her parents and siblings but also many close aunts, uncles, and cousins. This tight group originally came from the Scranton area where coal was king in providing work. Later, from Honesdale, PA, she and other family moved to the Binghamton area where new technology was creating better opportunity. There Carole attended East Junior and Central High in Binghamton, NY. She graduated in 1955 having studied Cosmetology. She began working at McLean’s department store for Tony’s Salon doing hair for some of Binghamton’s prominent ladies, as well as modeling shoes for Drazen’s televised fashion show. In 1957 Carole married Gerald Westbrook of Seelyville, PA. They met on a blind date and it was love at first sight. They were deeply devoted to each other for 52 years. In 1964 with designs on raising a family, Carole and Gerry moved to Greene, NY to settle and establish Carole’s Beauty Shop in downtown Greene. There, she and her husband raised their only child, Michael. Carole attended Broome Community College in the mid-1970s studying accounting. She worked as an estimator for PagePrint in Greene. She also assisted at the Greene School District in various jobs. In 1986 Carole, Gerry, and Michael founded Top Variety in Sherburne, NY where she worked until 1997. Carole stayed active in church and community. She was very devoted to all of her nieces and nephew having established what she called “Aunt Carole’s Summer Camp” to soak up all of their youthful love while having great fun together. Carole’s greatest achievement was not any of the jobs she dutifully performed for pay, but instead, it was doing daycare for her two grandchildren, Hannah and Eva, a duty of love that she cherished more than anything else in her life. For Carole, love of family and children was everything. All else was just fancy window dressing. A memorial service will be announced by Root Funeral Home, 23 North Chenango Street, Greene, New York 13778, at a later date and condolences may be sent to the family at www.rootfh.com. In lieu of flowers, memorial contributions may be made to Zion Episcopal Church, 10 N Chenango St, Greene, NY 13778 or Shriners Children Hospital, 2900 Rocky Point Drive, Tampa, Florida 33607.

Plant a tree in memory of Carole by clicking here.
To send flowers to Carole's family, please visit our floral store.

A service summary is not available

Plant a tree in memory of Carole
An environmentally-friendly option

Plant a tree in memory of Carole

1 tree planted in memory of Carole

Mike and family,  so sorry to hear of the loss of your mother!  I remember from high school how much fun your parents were to be around.  Very infectious people!  Our thoughts and prayers are with you and your family!

Mike so sorry to hear of your mother's passing,thoughts and prayers with you and your family

Aunt Carole you will forever be in my heart. I will never forget the sleepovers, the walks in woods and most of all the summer camps.

I love you and miss you dearly
Nate

Mike, SueEllen, and family,
Thinking of you as you go through this difficult time. Hope your memories help sustain you.

So sorry for your loss but know that Gerry and Carole will keep watch over all of us and cherish all of your great times and memories together and keep them close to your heart!

Plant a tree in memory of Carole